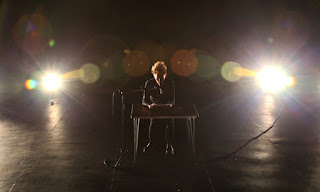 After leaving my brain aside for the wonderfully unnecessary and increasingly ridiculous Fast and furious 7 and the absurdly odd sponge bob square pants (although the tv show is better) I reattached my brain and watched some interesting, intelligent and sometimes challenging theatre. Watch out for Pulse winners this theatre’s police cops – very knowingly funny, taking the audience with them but how will it be developed?  https://www.kickstarter.com/projects/1677467423/police-cops Also some fabulous first 5 minutes – Eden by displace yourself theatre http://displaceyourselftheatre.co.uk/ and 1.9 by Jackagbritton http://jackagbritton.tumblr.com/ it will be great to see what happens next. The deaf and hearing ensemble’s People of the eye http://www.thedeafandhearingensemble.com/projects/ , shit theatre’s woman’s hour,  http://www.shittheatre.co.uk/sht-reviews.html the man from fukushima by kazuko hohki http://www.kazukohohki.com/kazuko/performance.html and annie siddon’s how (not) to live in suburbia were really enjoyable 20 minutes. But the brutalising 70 minutes that was Christopher Brett Bailey http://christopherbrettbailey.com/ was the highlight – how does he do that? – a dark truly alternative to the mundane life around us and yet in some way timeless – channelling so much of beat-poet-80s-anger – this is a good thing – I felt at home. He really is a must see – this is how we die is near the end of its tour but go see if you can your brain will be given a through workout.
Posted by new work at 04:30 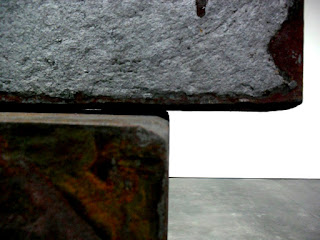 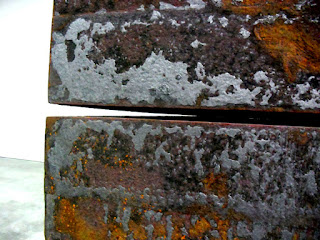 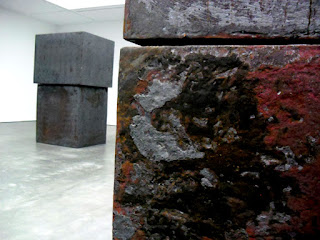 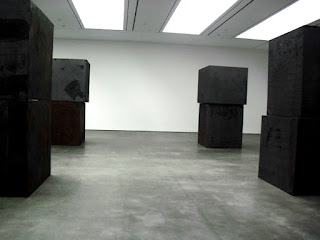 Another wonderful day of teaching at Camberwell – Symposium 2 is always a transitional moment within the students time on the Book Art Course – a time of reflection – to explore where they have come from, where they are going – their presentation is a bookmark - demonstrating the gap between symposium 1 it exposes the teaching and learning that has taken place and where they are now. Within the group the work and thinking behind the work (the research) is wide ranging and formed from rich thinking – I’m looking forward to the final show – there will be some good work.
The weekend starts on Friday – I’m spending the weekend at Pulse festival in Ipswich http://www.wolseytheatre.co.uk/pulse-festival/ the suitcase day – where performers perform with a stage set that can only be encompassed within a suitcase. It’ll hopefully be a number of short and sharp performances that pull you cleverly in a number of ways. I’m also looking forward to attending a discussion about world factory in the afternoon – an idea I saw both in its initial research phase and as a show at the Wolsey Theatre in Ipswich where I ran a clothes factory with 3 strangers!
Working on the PALs course at Norwich – it’s a supportive structure where year 2 students volunteer to help new students get through their first year. It’s an attempt to create a sense of community within the University - the students are the best of young people giving of their time willingly to support others.


Meanwhile some more images from the trip to New York of the Serra show – it really was an extraordinary experience communing with the giant blocks of steel.
Posted by new work at 12:37

Two shows in London close together -  speaking parts at Raven Row http://www.ravenrow.org/ explores Bob Cobbing's legacy of exploring visual sound, Untitled (you fuck) the work of Michael Dean is a stunner and then there’s this is because the internet http://thisisbecausetheinternet.tumblr.com/  at the Rag Factory which has a piece by Jim and Sid which celebrates the presence of dysfunctional online tools using the tools themselves. http://jimandsid.tumblr.com/


Meanwhile ‘we’ have won an award – well our house has – well the architects Kirkham Sheidow have won the RIBA Suffolk Design Award. - https://vimeo.com/127948977 a film of the winning house – everyone should have a film made of their house!
Posted by new work at 06:19 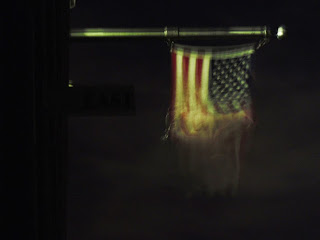 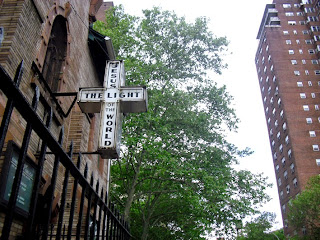 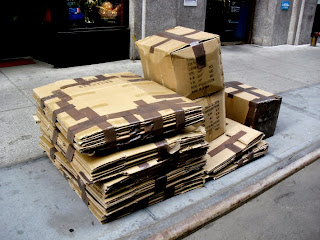 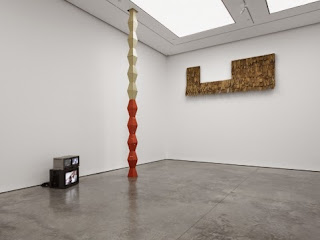 later ...a day in London on route to Heathrow - first up ...Whitechapel Gallery - The Production Line of Happiness - an exhibition concerned with image making and the deconstruction of image presentation - quite marvellous whilst upstairs a piece by Jan Toomick moved me to tears - dancing with dad a video work, has the artist dancing manically to voodoo childe by Jimmy Hendrix on the grave of his father. Beautifully sad. http://www.whitechapelgallery.org/exhibitions/christopher-williams/
Theaster Gates at white cube is just stunning - extraordinary work, made from the everyday, sublime in its understanding and the art references come thick and fast, the most knowing show i've seen in a while - a joy. http://whitecube.com/exhibitions/theaster_gates_bermondsey_2015/
The Vinyl Factory at Brewer Street has supersymmetry by Ryoji Ikeda its a little impenetrable but a great spectacle. The first room has a number of receptacles that hold hundreds of small ball bearings, it is titled just enough to get them moving and the patterns they create you would not believe - random magic! The second room is a documentation of what has happened in the first room (i think). http://www.thevinylfactory.com/vinyl-factory-news/ryoji-ikeda-and-the-vinyl-factory-present-supersymmetry-at-brewer-street-car-park/
Posted by new work at 05:13 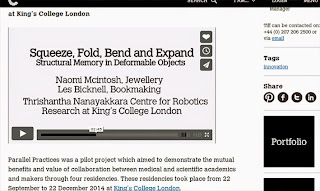 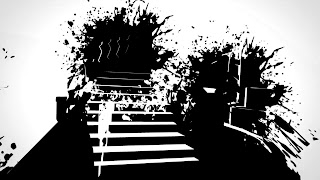 I’ve been playing another couple of beautiful games on the PS3 – the unfinished swan and Hohokum - http://en.wikipedia.org/wiki/The_Unfinished_Swan is quite stunning dynamically – the way you create and navigate the world you exist within by ‘painting’ the seemingly blank white space with paint, water, light  and vines which you ‘grow’. The idea itself is just so beautifully clever and it also works well enabling great fluidity of engagement with the game. http://en.wikipedia.org/wiki/Hohokum has majestic game play which is also incredibly intuitive – a feeling of knowing what to do. This combined with some funky aquatic biomorphic graphic shapes just makes you smile.


Meanwhile this is a link to the film made for the Parallel Practices project by the Crafts Council – my element of the project kicks in at 2.40 http://www.craftscouncil.org.uk/what-we-do/parallel-practices
Posted by new work at 08:51

off to New York with Textiles students from NUA at the end of the week – planning the itinerary on the internet and  playing with Google Earth makes it feel real....!!!!!......looking forward to some most excellent highlights including – The new Whitney down by the highline, Serra at David zwiner’s, Bjork and Yoko Ono at MOMA - and then there’s the American Folk Art Museum which I’ve never been to. Meanwhile working on the folding iterative films about folding within and about folding.
Posted by new work at 02:26 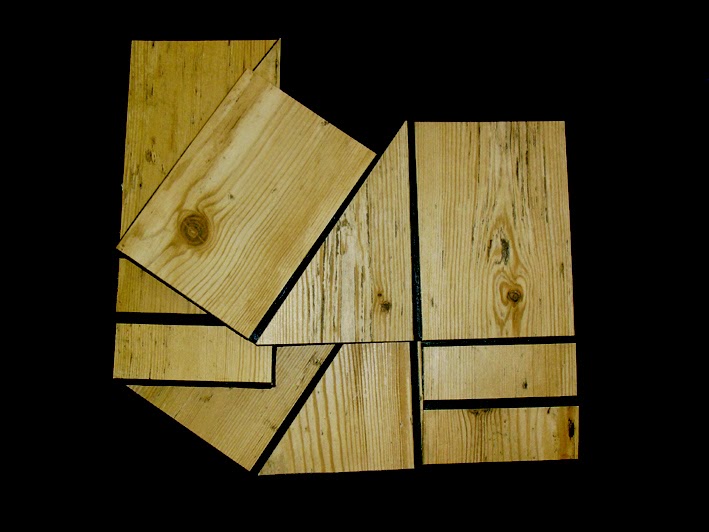 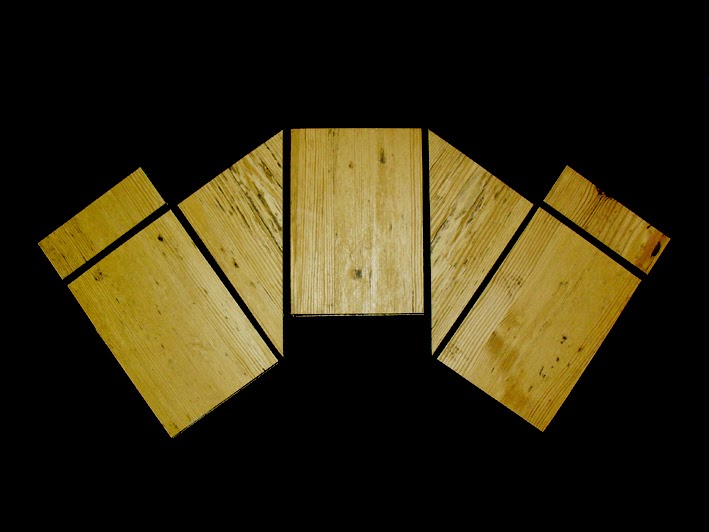 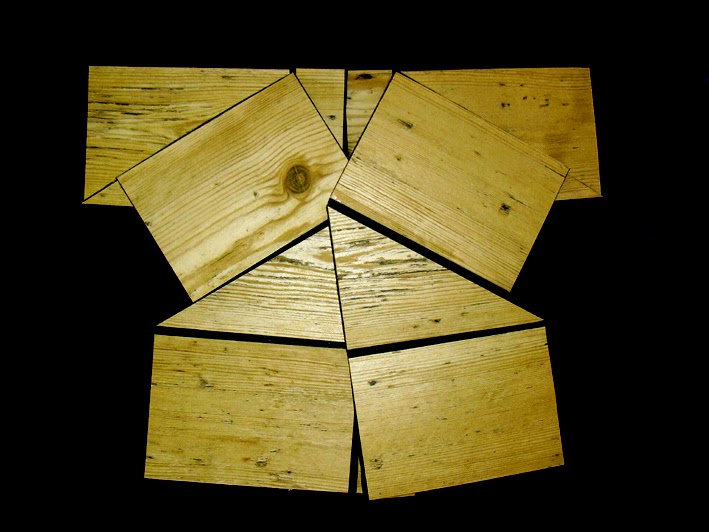 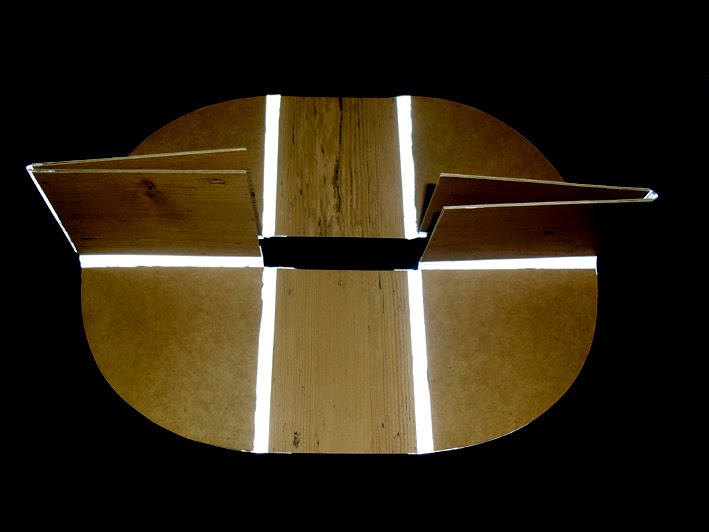 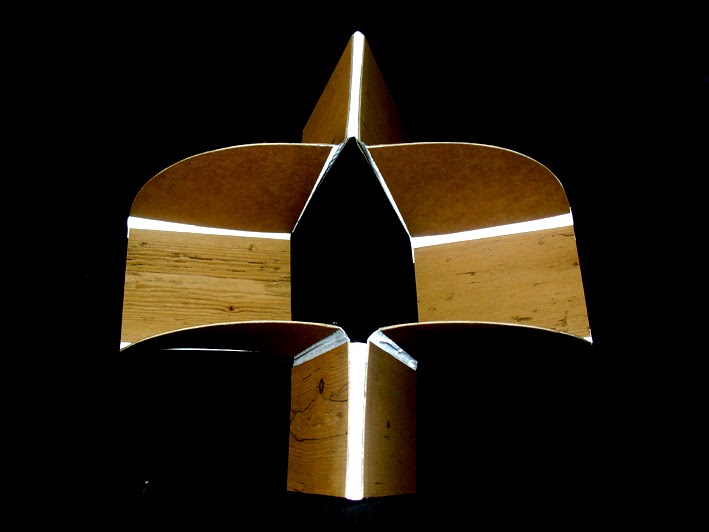 looking at the idea of editioning some of the folded folding modular structures so focusing on methodology and materials to make some finished pieces – but also there is still the idea of making objects with a view to filming them eventually. Some more versions -


also a show coming up that will be good - http://thisisbecausetheinternet.tumblr.com/about I shall of been and returned from New York by then – the itinerary of which is getting very full with the New Witney to check out, the Serra at David Zwirner, the New museum of Modern Art has the triennial, Bjork and Yoko Ono at MOMA. I’ve never been to the American Folk Art Museum so looking forward to that.
Posted by new work at 03:58 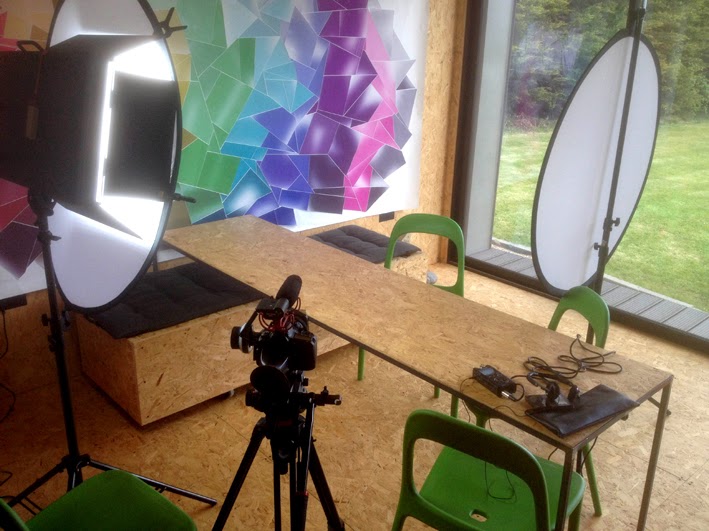 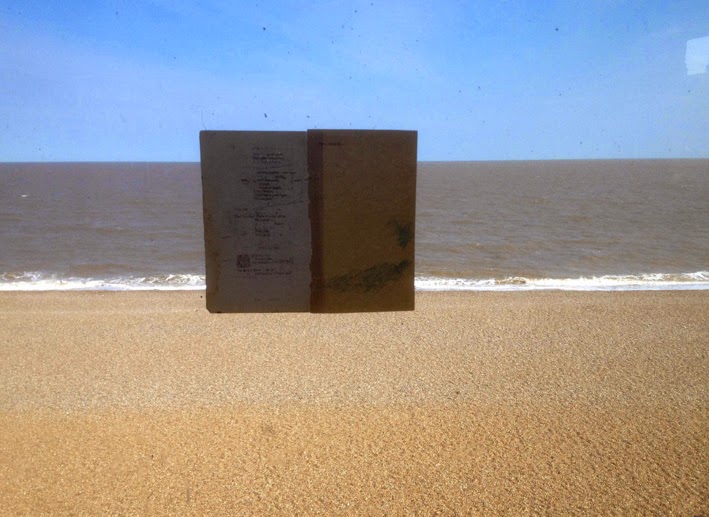 Aldeburgh Lookout http://www.aldeburghbeachlookout.com/ has the wonderful Altea Grau Vidal working in residence – see some of her work here  http://alteagrau.com/ and http://alteagrau.blogspot.co.uk/ Altea is a MA Book Art Alumni who explores the space of text on and in the page, looking at our relationship to it and in the process creating exquisite work. The Private views at the lookout are on Saturdays at 11-4pm, drinks 12-2pm – I was looking forward to seeing how she worked with a seascape space that is part of my life and the work was even better than I imagined. The site specific nature of the installation meant that the inclusion of the towers surrounds became part of the piece. The duality of the book was much in evidence and layers upon layers explored through and within the moving image projecting onto the double page spread. Really quite sublime.

Friday afternoon was spent with Adam Collier www.BeautyandTheBear.co.uk filming the house for a RIBA award the house is up for. There are to be a series of short films presented as part of the awards evening. I was also interviewed for a film that RIBA Suffolk are making to encourage people to become clients of architects – why is design important to me? What did you learn from working with an architect? – killer questions but good.
Posted by new work at 09:04

my practice in general explores the book; specifically ideas around a sense of place.The book as a symbol of power and knowledge can be a vehicle to communicate directly; it is a form that is understood in these terms but repositioning its context and purpose challenges these very notions. The work becomes a question rather than an answer, a collaboration between maker and reader/viewer. The practical aspects of the book form, of disseminating information; of making things clearer is an interesting idea to question.The sculptural forms are derived from and examine the book form. The work explores the idea of form as a content and manipulation as the narrative.The work positions itself conceptually and physically between and within the idea of both sculpture and book. The hybrid nature of the work finds its roots in both forms – exploring and challenging both genres.The idea of a sense of place comes from stillness and silence, a reflective experience of taking time to look, listen and consider the spaces I find myself in and my connection to them. The immediate landscape around my house and the walks I undertake provide a starting point for the work, the unseen and the seen have equal worth when making the work.